I just opened one of my many Tumblr accounts (ha ha) and stumbled upon this tag: ‘mini story by me’. As I read through the entries, I was struck with the sudden need to move them here, in a single post.

(I used to write more than I do now. And here’s another self-motivation for me to get back on writing.)

Once, in a time that is always now, there are a pair of twins who like to play mind games and practical jokes. It goes without saying that they are extremely clever and probably are very fun to be around with, if not for the tiny detail that they also casually list ‘screwing human lives up’ as their favorite thing to do in their spare times.

Their names, of course, are Fate and Destiny.

This is the story of how they finally meet someone who maybe and probably and possibly is able to take a shot to challenge their winning streaks upon humanity: a boy who goes by the name of Chance.

The second one was inspired by this lovely illustration by Marcin Jakubowski: 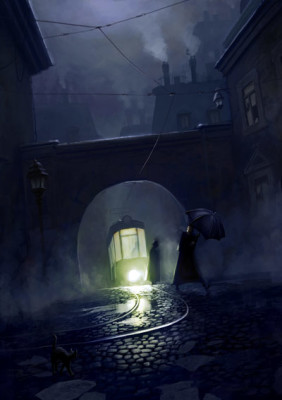 And as he opened up his umbrella – the first one to do so – he took an abrupt turn to the left, away from the main street and chose a much smaller one instead. It would take him an extra twenty minutes or so to reach his place compared to before, but he would gladly welcome the extra miles.

After all, he wasn’t in the mood to witness yet another Earthly disruption that would soon broke loose on the main street.

He looked up at the sky as the first raindrop fell. It’s going to rain really hard tonight.

Then, the last but not least, was inspired by this picture of Koshino House by Japanese architect, Tadao Ando from this post: 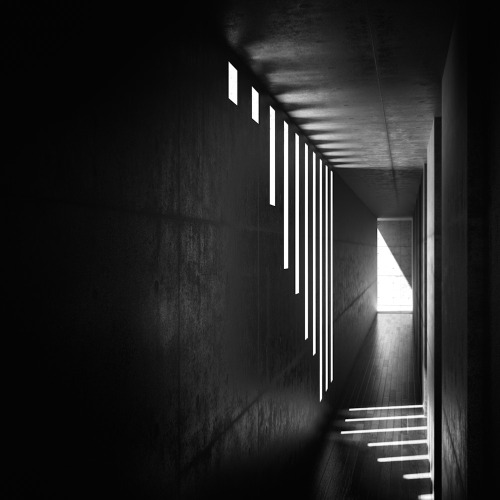 At the very least, the hall fascinated her, she decided. It was dark, except for some rays of lights which managed to escape from the many small openings on the left, leaving a nice arrangement of pattern on the opposite wall. And while she wasn’t a big fan of the narrow hallway, she thought that it was still okay, somewhat, because she wouldn’t stay there very long and soon enough, she would be on her way. Relieved to be on her way.

But that was before she heard the faint sound of something clicking and felt the unmistakably spike of temperature on the hallway.

All of them are short, hence the ‘mini stories’ tag, but each and every one of them are snippets that I wouldn’t mind to revisit sometime in the future. In a perfect near future, I’d turn them into proper readable stories.